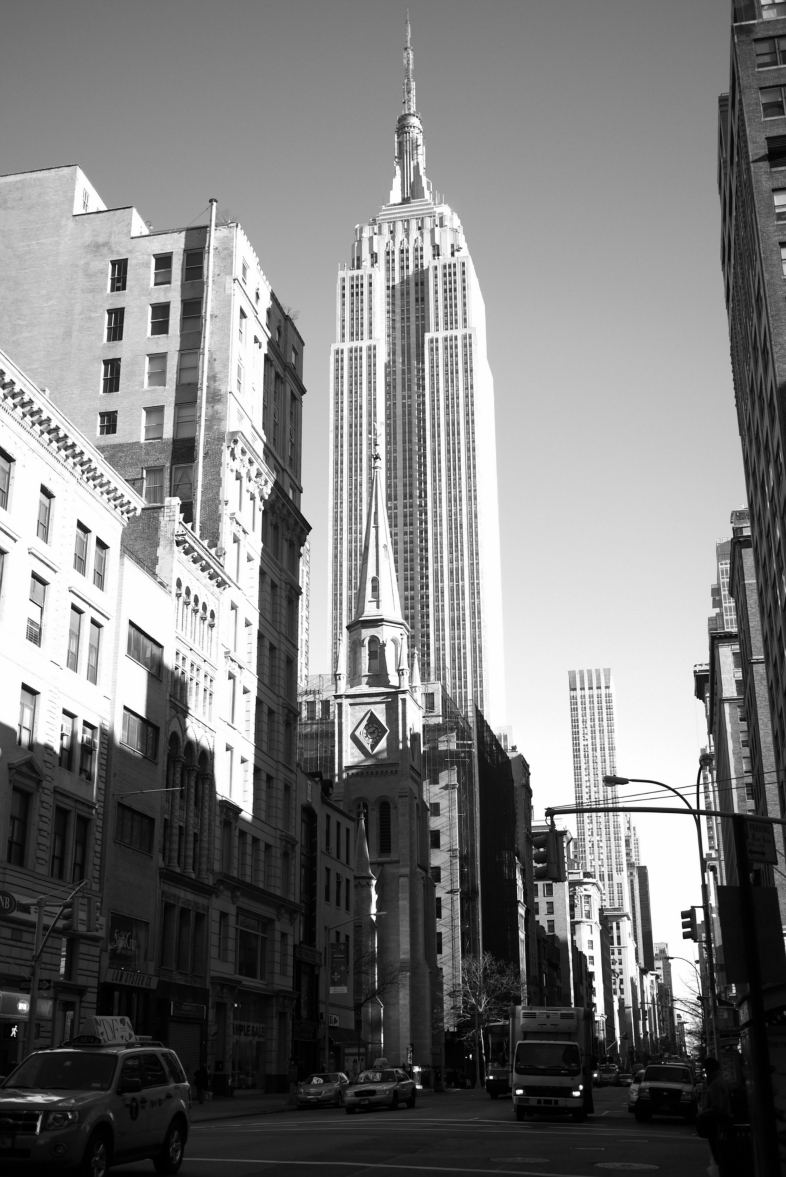 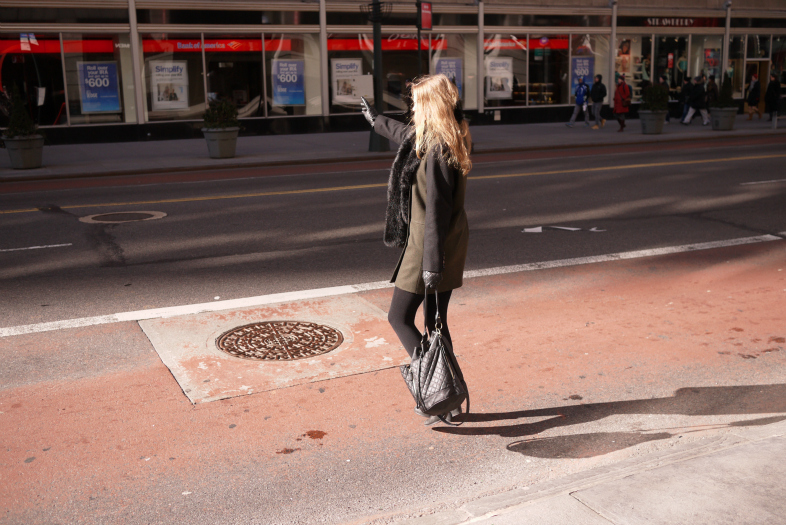 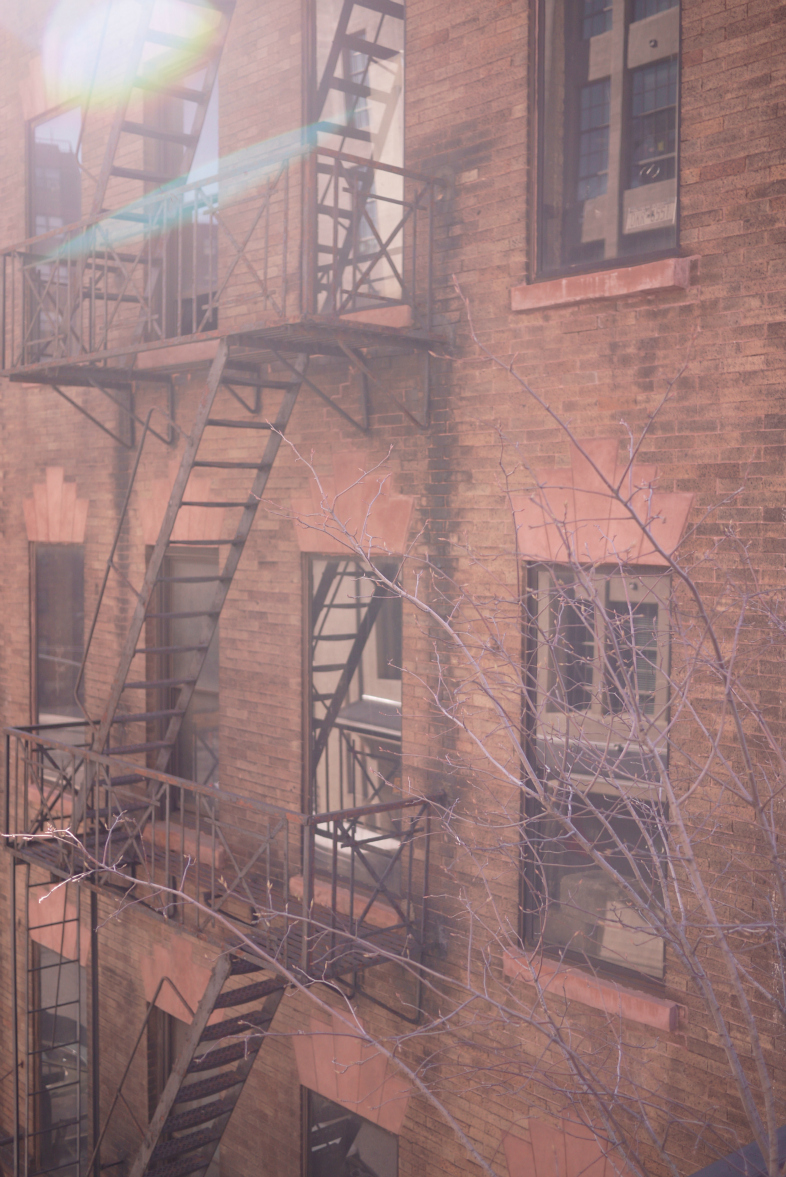 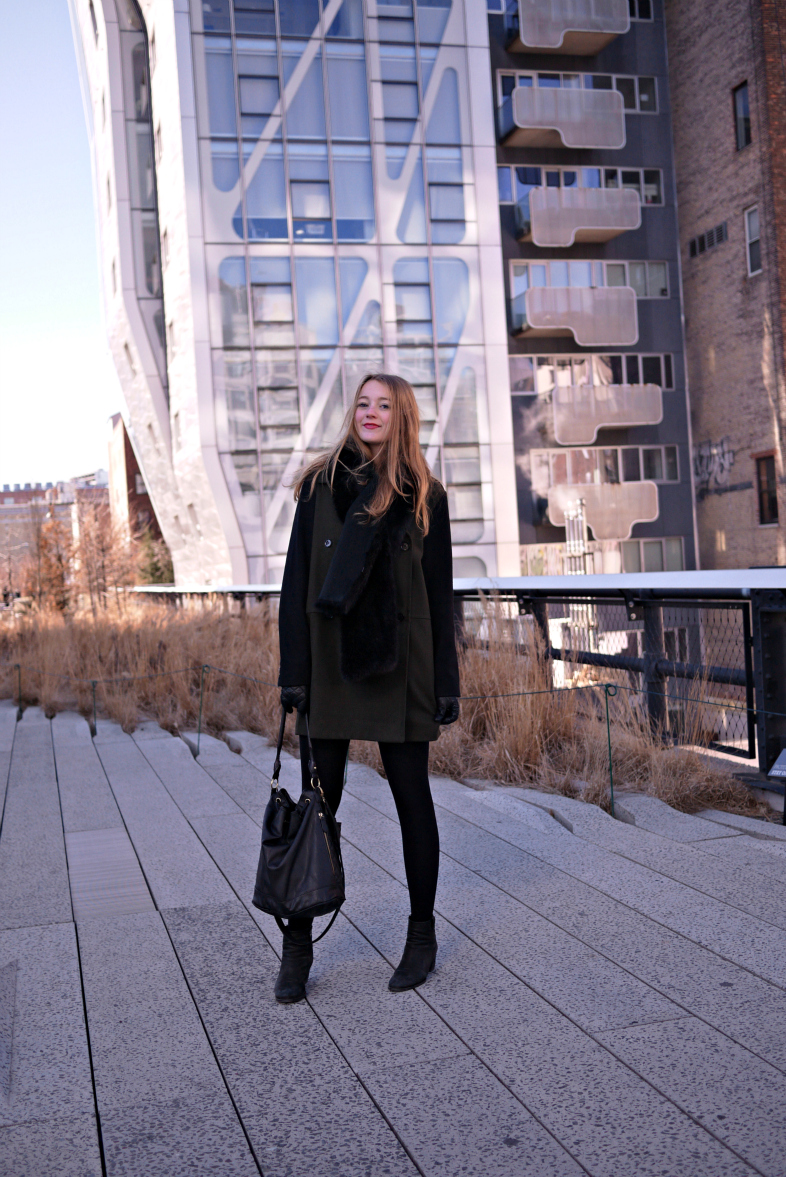 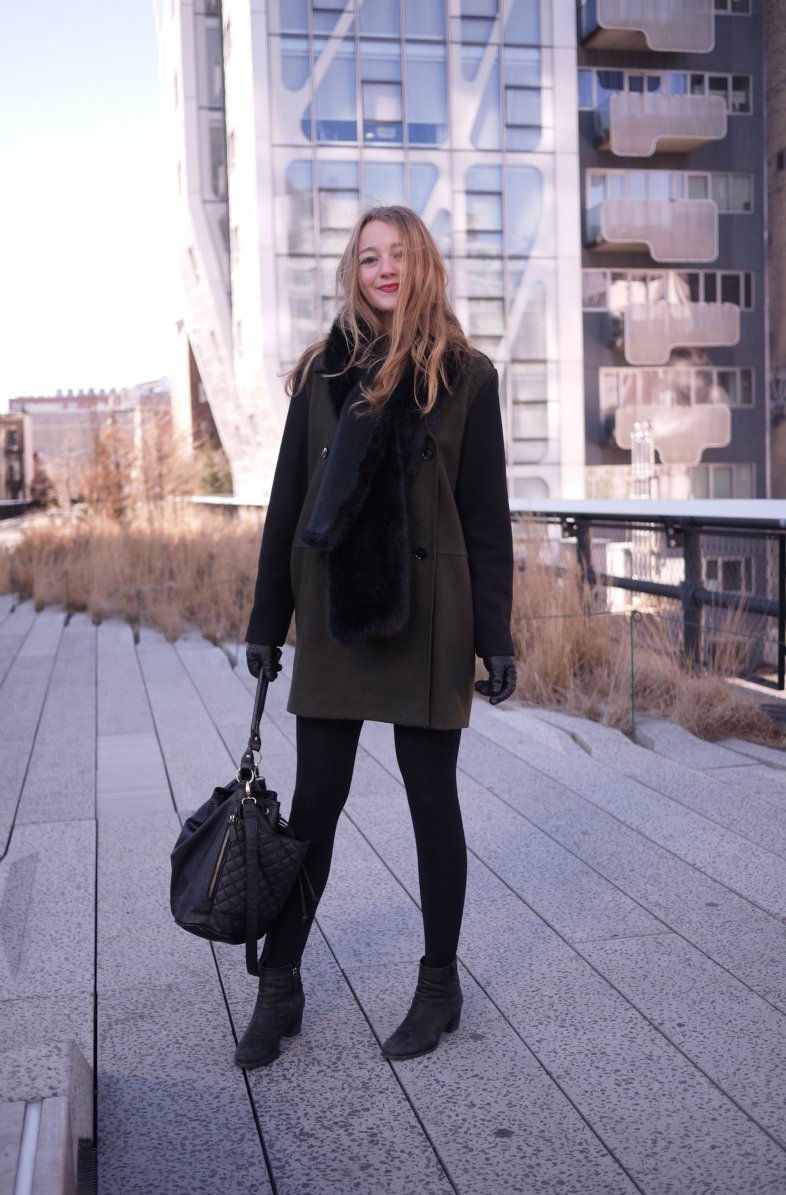 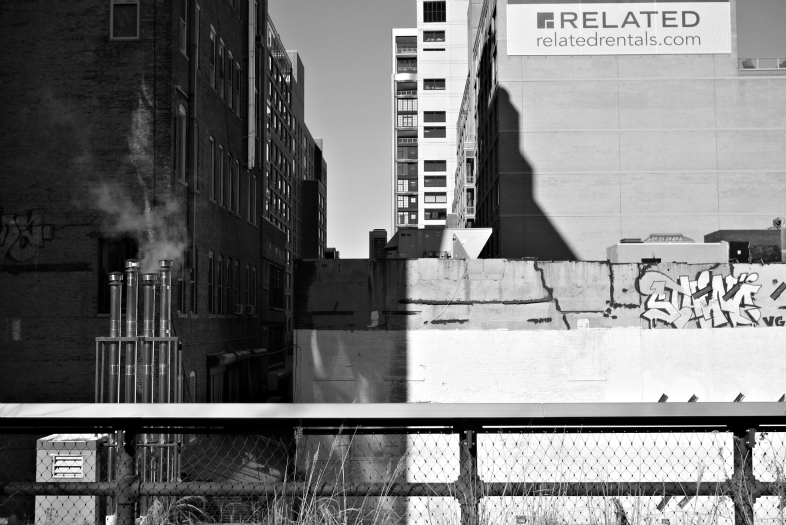 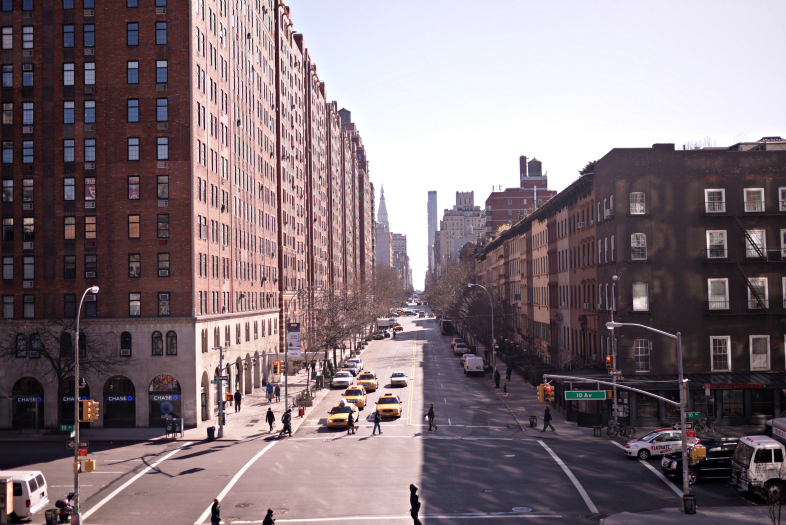 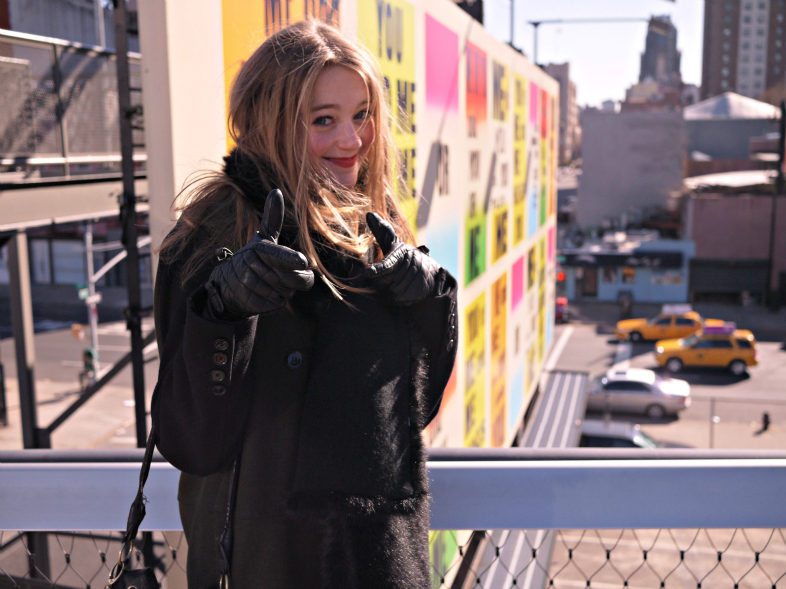 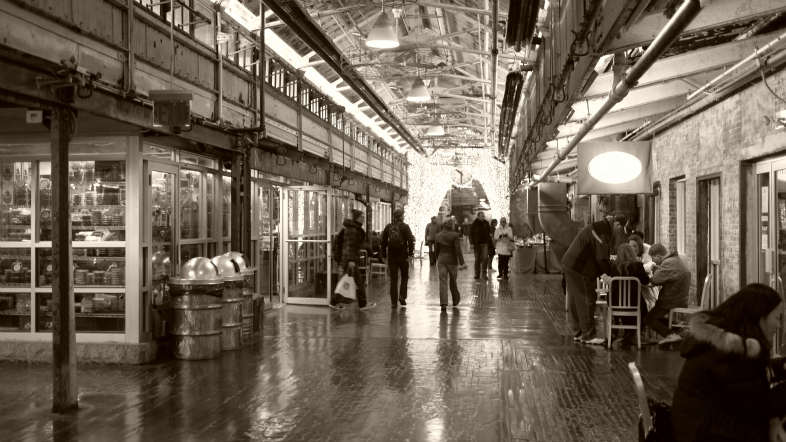 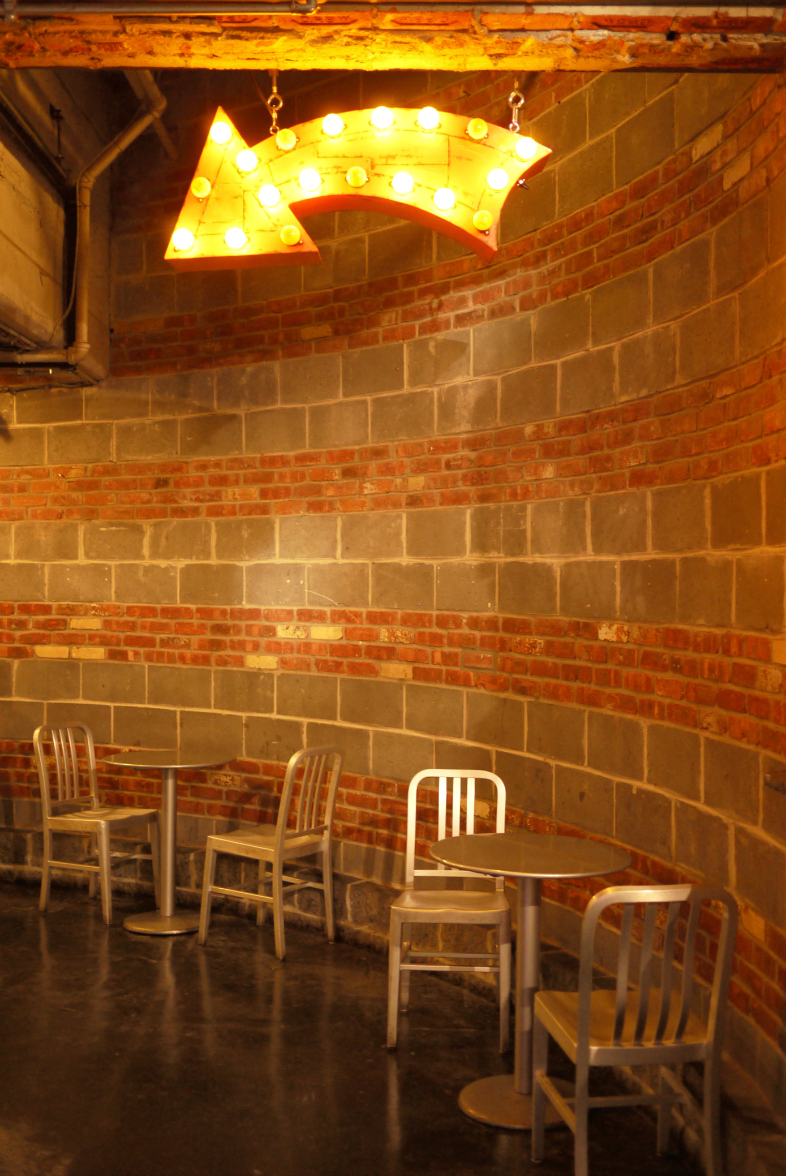 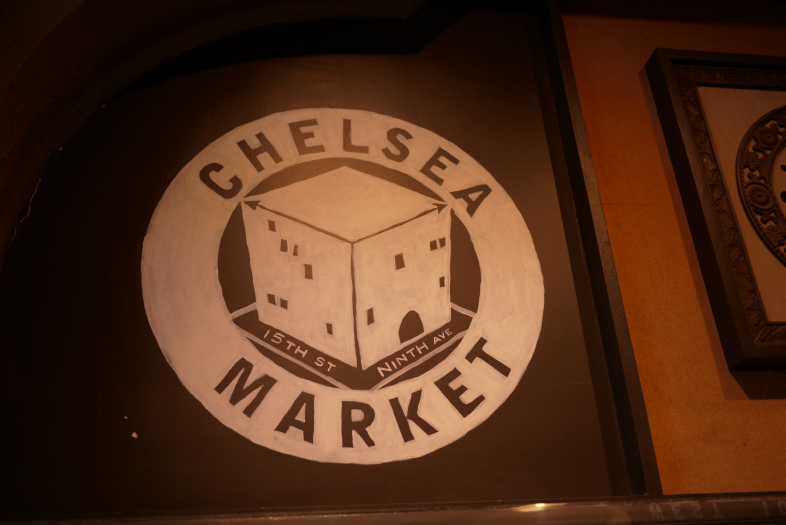 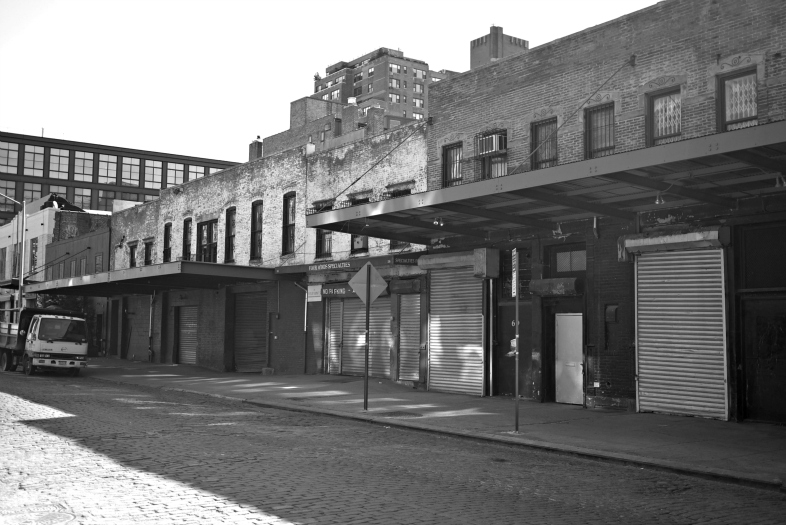 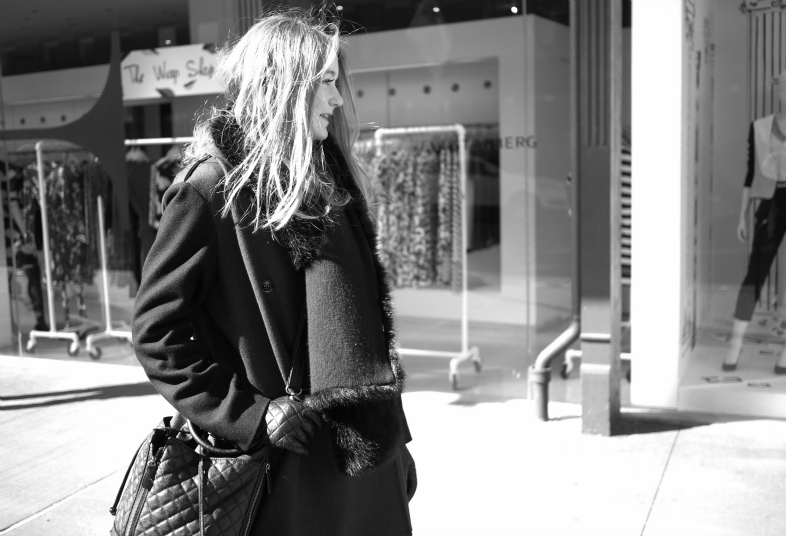 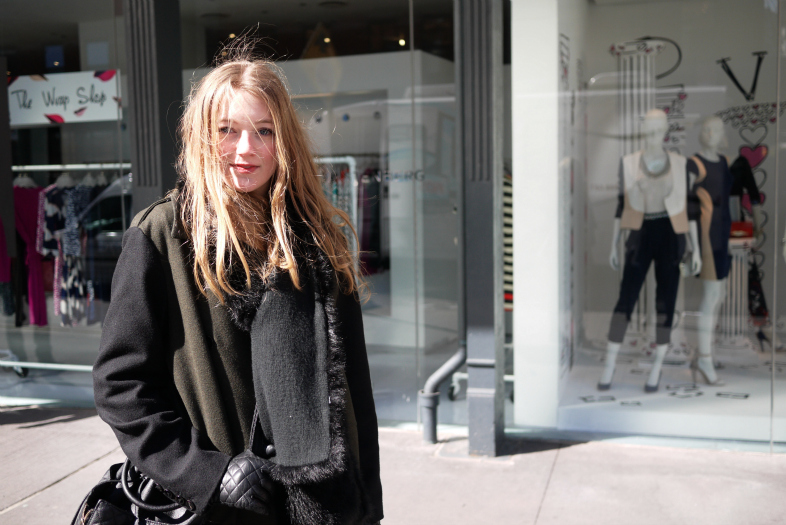 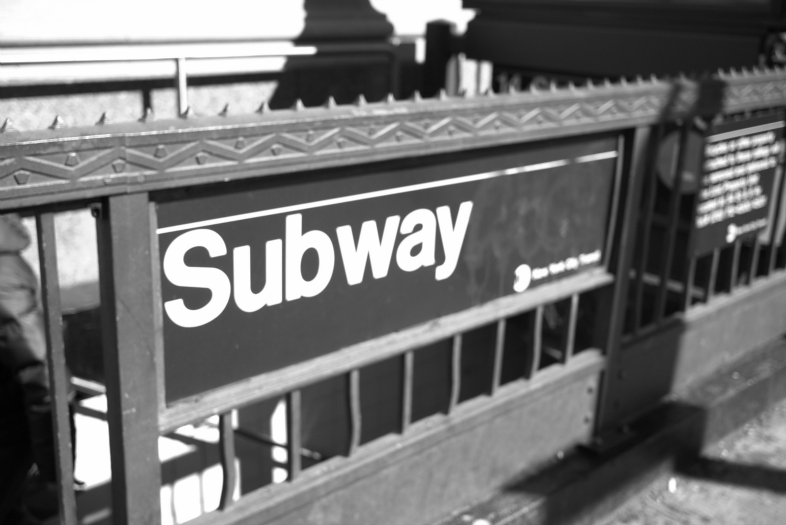 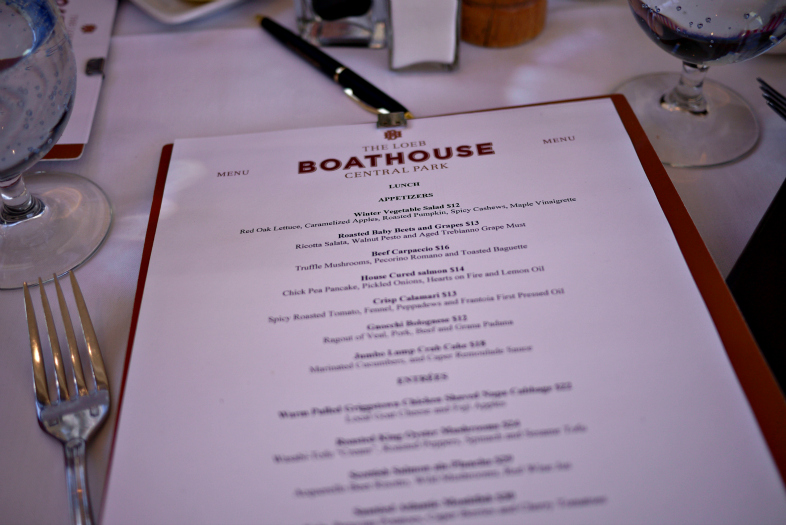 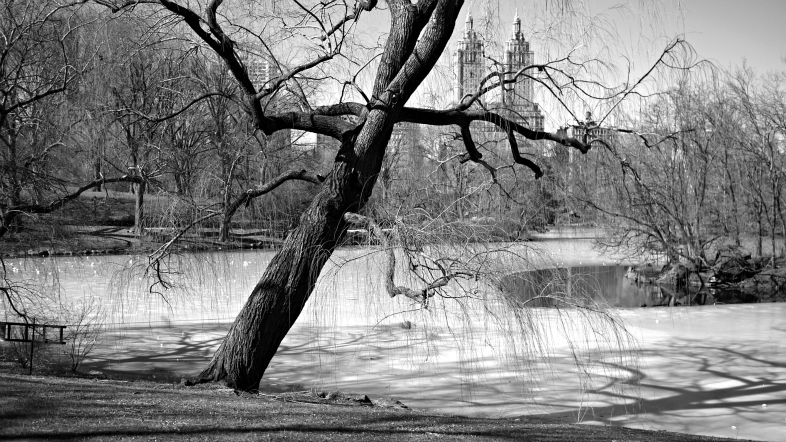 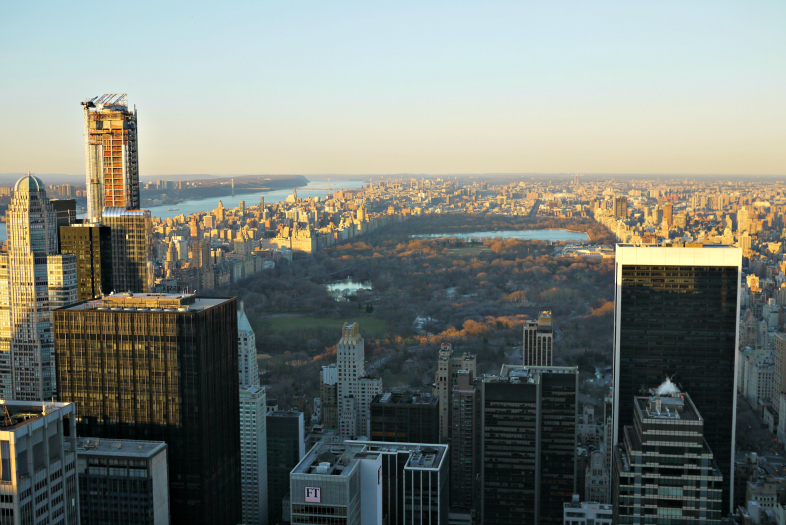 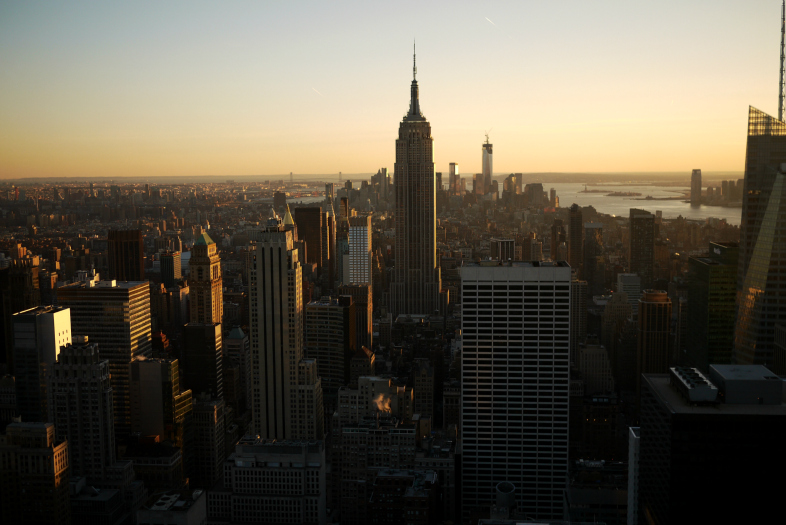 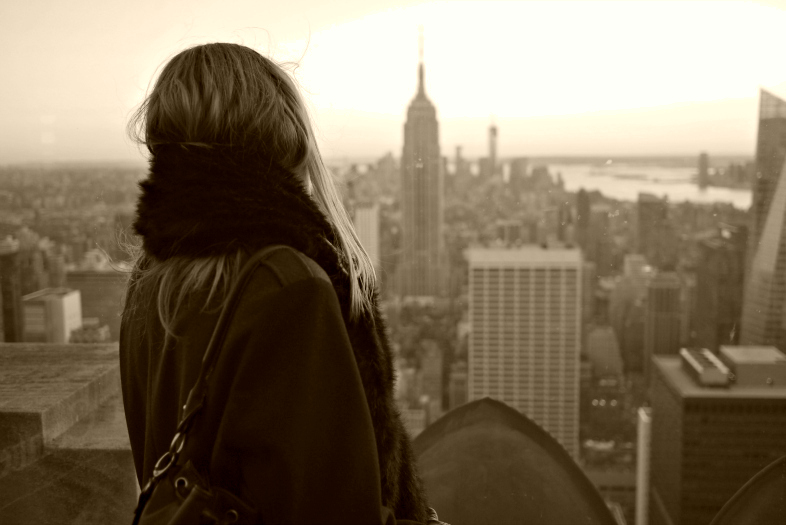 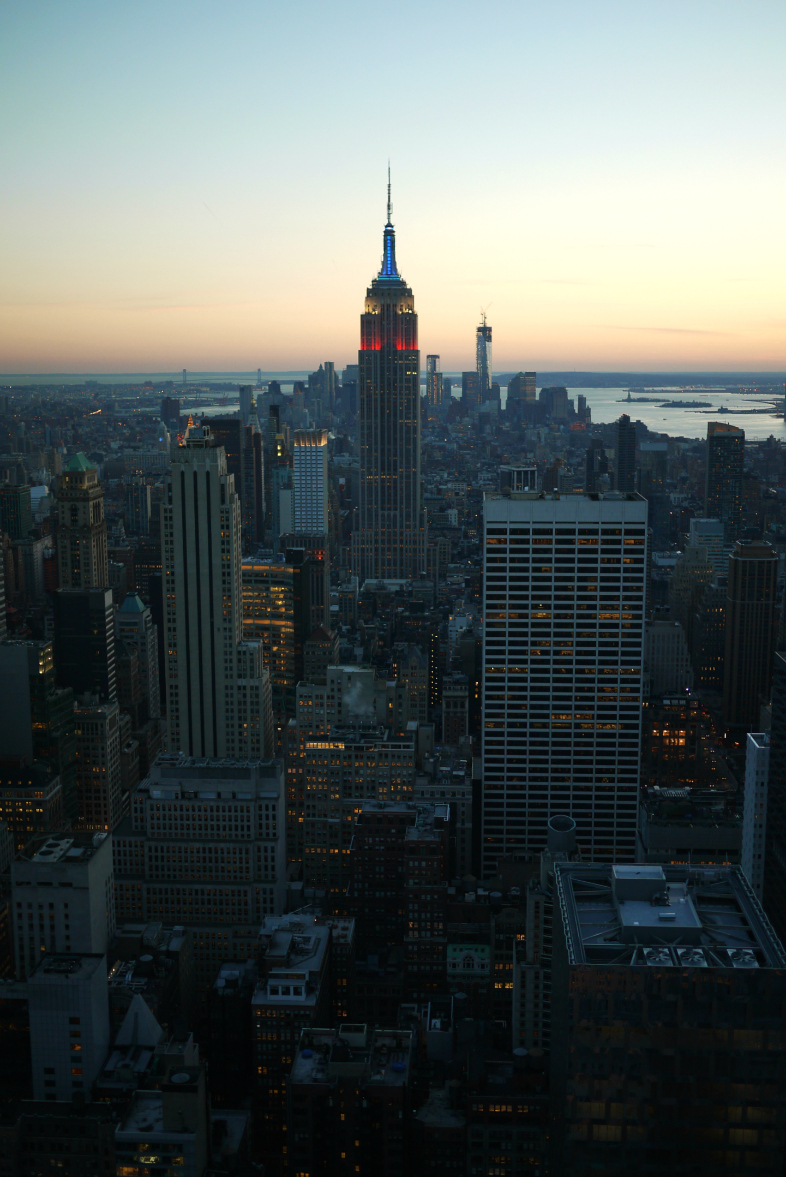 We started our third day in NY with visiting the Empire State Building (1). The best words to describe the building would be sturdy and solid as a rock. The whole interior is made of marble which is quite impressive! We didn't go to the top, but saved the New York City view for later that day when we visited the Top of the Rock. In the second photo you can see me hailing my first cab; I have to say, I felt very New Yorkish :) The first few cabes ignored me though haha. The cab took us to the end of the High Line (3,4,5,6,7,8 and 9). We chose to start our walk at the end so that we had the sunshine on our faces and the wind in our backs (believe me, the wind in New York can be extremely pierce). We were extremely lucky with the weather; the sun shone during our entire stay in New York! It is crazy to think that blizzard Nemo had hit the city a week before our visit. The High Line was truly amazing and if you ever go to New York, don't miss it! It used to be an elevated railway, but since 2005 it has gradually been renovated into an urban park which stretches out over 1,6km. You should look it up on Google Earth or Google Maps to get a better idea of the construction; I think it's brilliantly made and so innovative! I, as a future Social Geography student, am really interested in these kind of projects because they influence the surrounding neighbourhoods and change the identity of these neighbourhoods. They also provide a community spirit which I mentioned as well in my previous post. I bet the High Line is amazing in summer: I can already imagine children running around, romantic couples going for an evening walk and friends laughing and eating ice creams. I definitely want go back there one day! Halfway the High Line we made a stop at Chelsea Market (10, 11 and 12), which is an amazing project as well! It's a food market located in an old Oreo factory, which stopped producing cookies half a century ago. It is a really relaxing place where you can have something to eat or to drink: we drank hot chocolate to warm up a bit :)

We ended our walk at the beginning of the High Line (I know, it doesn't make any sense haha), which is in the Meatpacking District (13); another New York highlight on my wish list! I liked it, but I think the area comes much more alive in the evening and at night, so I recommend you to go then! My mum took the two photos of me (14 and 15) in front of the Diane von Furstenburg store, of which the opening back in 90's played an important role in the transformation of the area to the nowadays trendy and fashionable Meatpacking District.

We took the subway (16) to Central Park (18) where had lunch at the Boathouse (17). The Boathouse was great, with a beautiful view on the lake of Central Park. A lot of Upper East Siders brunch/lunch there and I was flabbergasted by all the people I saw! I always thought the characters in Gossip Girl were extremely exaggerated, but they are not! The women at the Boathouse were just like the women in Gossip Girl, and then I am mainly referring to the mums. The Nanny Diaries (with Scarlett Johansson playing the lead role) is another movie about the Upper East Side and to me it portrays the Upper East Side life perfectly; you should watch it :)

In the afternoon we went shopping on Fifth Avenue: Abercrombie&Fitch for my brother and Massimo Dutti for me :) I bought a golden bracelet which I will show you in a haul soon! We ended our busy day at the Top of the Rock (19, 20, 21 and 22) where we witnessed the most amazing sunset, truly magical! Sigh...

Sorry for this extremely long post, I just want to tell you all about my thoughts and experiences in New York. xoxo (in Gossip Girl style of course) Aimee
Posted by Aimee at 3:37 PM

Your comments make me smile :) 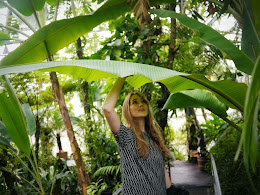 20 year old wanderluster and Human Geography student at uni, in love with fashion, photography and traveling, living in Utrecht, the Netherlands.